So perhaps laughing uncontrollably through a video on ebola may not be appropriate. But appropriate is not always my strong suit.
Let’s be clear—ebola is not a humorous topic. Certainly not one to take lightly, no matter if precious Americans are safe on our soil. Thousands of West Africans are not, and that isn’t forgettable or funny.
But the video I happened upon, and shared with my daughter who appreciates British humor, poked fun at the media’s response to ebola, not the disease itself, and put me in tears. Sometimes, we laugh at things that seem horrible. But I wonder if maybe the reason isn’t so much lack of taste as a desire to laugh at the horrible itself. To pretend we have some control over it and some ability to minimize it if we make fun of it.

Yet, as we move into the Christmas season, I wonder if there isn’t even more to it for Christians. Shouldn’t we be the ones who are perpetually laughing?
Christians should be the first ones laughing. Not at other people, mind you, but laughing. Because we know. We know the truth of Christmas—that God personally interfered in our messy world and gave us the forgiveness, love, and tools to set it right. We know that no matter the ugly, there was a baby whose star of presence was the most beautiful thing to ever hit planet earth.
In fact, I find that the people who get angry the easiest, who get offended at the least bit of humor, are the ones who may, after all, be capable of atrocities against others. It’s the anger that gets offended easily, the dislike of thoughts other than our own, the distrust of laughter we can’t understand that causes a lot of the pain of this world. People who can’t laugh are often quite willing to abuse those who can.
If you don’t know this craziness ends? If you don’t know pain is temporary, and the hurt we do to one another defeatable? OK, I can see how nothing would be funny. Nothing at all. But we know. We know, because of Christmas, the world isn’t going to hell in a handbasket.
So why do we act like it is? Why do so many Christians freak out over threats large and small? Why do we say we believe God is in control and act as if we believe it’s all up to us? Yes, there are horrors beyond our imagination happening right now. Yes, I pray for victims of murderous persecutions and deadly diseases, and I help where I see avenues to help. But I do not duck my head and scream that the sky is falling. Mere men do not hold up the sky.
Some call this naïve. I prefer to call it belief. Belief that, because of Christmas, God wins. Faith that, despite suffering, He has the final say. Trust that yes, things may get rough. Very rough. They may not go the way Christians would like them to go. Nevertheless, His purposes, not mine, finish the story. Victoriously.
We should laugh. We must hope. In one of my favorite Rich Mullins songs, he sings,
“How the Lord takes by its corners this old world
And shakes us forward and shakes us free
To run wild with the hope
To run wild with the hope
The hope that this thirst will not last long
That it will soon drown in the song
Not sung in vain.” 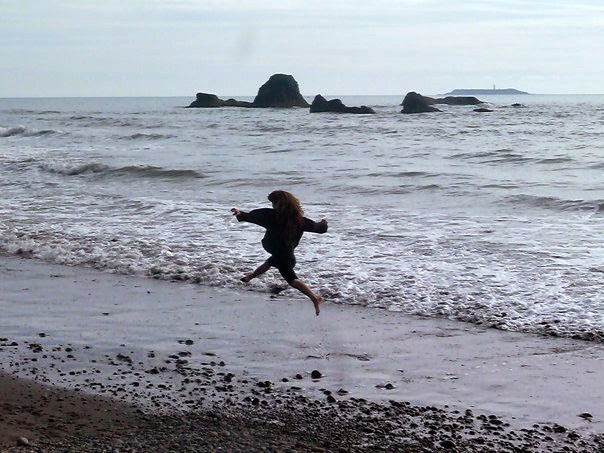 That’s the wild laughter we need to have. The abandon that comes from certainty that we will not always thirst. The joy we need to embrace, not in the absence of fear and horror but in its midst. That is the only place it serves its purpose. Joyous, abandoned, holy laughter only makes sense when it’s in the face of a force that thinks it has won but most definitely has not.
That Christmas baby was born in the midst of some pretty awful circumstances. Circumstances a lot like ours. Slavery, persecution, discrimination, hunger, hatred, and disease. His star shone brighter because it was in that world, because light always shines brighter in darkness. He cried many times in this world, but he also laughed. A lot. I am sure he did it with his whole heart and soul, with abandoned, head back, hiccuping joy. Because he saw the horrors of this world better than we ever have–and he knew the end.
The song is not sung in vain. Run wild with the hope this Christmas. Stifle the sour faces and dire predictions. Stop the endless blaming for this world’s ills. This world has a promise born in a stable. See what kind of peace on earth your wild, laughing hope can bring.