I have not planted a morning glory seed in my garden for at least twelve years.

You would assume, by that statement, that there are no morning glories in our yard.

You would assume wrong.

In fact, every year, morning glories pop up. In the front yard, in the back yard, in the side yard, in all the garden beds. The thing about morning glory vines is, they can be nonexistent one one day and three feet long the next. These things have the growing capacity of mold in an untreated hot tub.

Why? Because we were enticed by the heavenly blue blooms on the seed packets and the ubiquitous Pinterest photos of innocent, stunning morning glories climbing (slithering) up peoples’ mailboxes as if they had no evil intent whatsoever.

Those things look so small (like a morning glory seed) in the beginning. They looks so beautiful, helpful, needed even to our unsuspecting (or, let’s be honest, intentionally blinded) hearts and minds. Then one gets it vines into our hearts and souls and minds, and it won’t let go of its grip.

Morning glories are everywhere, aren’t they?

I don’t have a deep, profound message today. “Nothing under the sun is truly new,”  right? (Ecclesiastes 1.9) Our task, as I read just last night, isn’t so much to create some brilliant, unique concept that amazes the world as it is to remind the world of what it already knows but has let the quicksand of the world bury for too long.

“A remembrancer is a servant who brings things from the storehouse, a farmer who helps the listener harvest memories previously planted. If you have been shamed into believing that every sermon has to include novel ideas—No. Telling the old, old story stands in the front rank of the preacher’s calling. It is the work of soul-watchers. Our people need reminders of the great truths of the faith. We are like the hobbits who ‘liked to have books filled with things that they already knew, set out fair and square with no contradictions.’” (Preaching as Reminding, Jeffrey Arthurs)

So with today’s reminder—

It’s easier to make the decision not to plant the seeds than it is to root out the weeds. 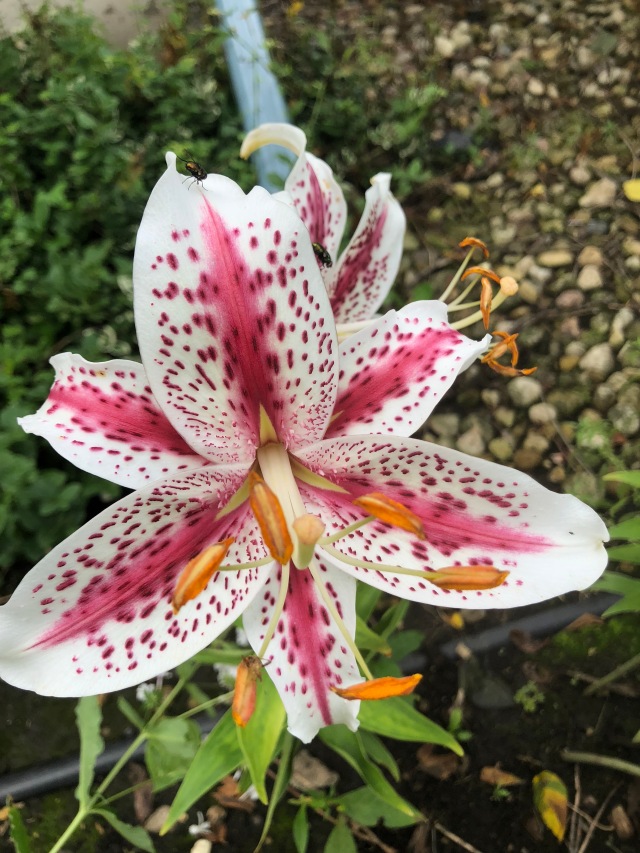 Every year, I feel like I may be winning the war against the morning glory seeds, and every year, more come up. I’m sure that’s exactly how my dad felt after he took that first drink to cover his sadness when my mom passed. So many times he thought he had won over it, but it just emerged somewhere else, attacking from another front, and he lost himself again.

The good news is, we can win. With dedication, determination, and a lot of RoundUp, we will eventually eradicate the morning glories. There are fewer every summer. Don’t lose hope if the battle seems impossible. It absolutely IS NOT. We are children of a God who knows how to do resurrection.

Still, it would have been better for us not to have ever entertained the temptation. We could have used our energies in so many other places. We don’t know what could have been had we never succumbed to those tempting photos.

It’s easier never to have planted the seeds.